The Ramakrishna Mission Vivekananda Educational and Research Institute (RKMVERI) is named after Swami Vivekananda (Swamiji), one of the towering figures in the long and illustrious spiritual history of India and regarded as one of the main moulders of the modern world. While undertaking the tremendous task of freeing humanity from the shackles they built for themselves through ignorance manifesting in various forms, Swamiji insightfully pointed out the ultimate and broad goal of education as the manifestation of perfection inherent in Man. Further, he outlined the ways in which the system of education had to be revamped and revivified in order to better suit this purpose and personally set in motion the task of translating these ideas into the field of action. As an institution deriving inspiration from Swami Vivekananda, RKMVERI strives to bring into fruition the wholesome system of education as envisioned by Swamiji and thereby enrich the educational landscape of India and the world at large.

The following quotes give a picture of Swamiji’s vision of education in his own words:

“Education is not the amount of information that is put into your brain and runs riot there, undigested, all your life. We must have life-building, man-making, character-making assimilation of ideas. If you have accumulated five ideas and made them your life and character, you have more education than any man who has got by heart a whole library.… If education is identical with information, the libraries are the greatest sages in the world and encyclopedias are the Rishis.”

“We want that education by which character is formed, strength of mind is increased, the intellect is expanded, and by which one can stand on one’s own feet.”

“What is education? Is it book-learning? No. Is it diverse knowledge? Not even that. The training by which the current and expression of will are brought under control and become fruitful is called education.”

“To me the very essence of education is concentration of mind, not the collecting of facts.”

“My idea of education is personal contact with the teacher — guru-griha-vasa. Without the personal life of a teacher there would be no education. … One should live from his very boyhood with one whose character is like a blazing fire and should have before him a living example of the highest teaching…. In our country, the imparting of education has always been through men of renunciation.… India had all good prospects so long as tyagis (men of renunciation) used to impart knowledge.”

“The education which does not help the common mass of people to equip themselves for the struggle for life, which does not bring out strength of character, a spirit of philanthropy, and the courage of a lion — is it worth the name? Real education is that which enables one to stand on one’s own legs.”

“The old institution of ‘living with the guru’ and similar systems of imparting education are needed. What we want are Western science coupled with Vedanta, Brahmacharya as the guidance motto, and also Shraddha and faith in one’s own self.” 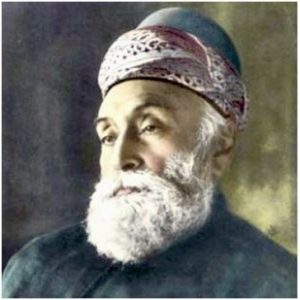 “We are not aware if any project at once so opportune and so far-reaching in its beneficent effects was ever mooted in India, as that of the Post-graduate Research University of Mr. Tata. The scheme grasps the vital point of weakness in our national well-being with a clearness of vision and tightness of grip, the masterliness of which is only equalled by the munificence of the gift with which it is ushered to the public. …Mr. Tata’s scheme paves the path of placing into the hands of Indians this knowledge of Nature—the preserver and the destroyer…—that by having the knowledge, they might have power over her and be successful in the struggle for existence. …We repeat: No idea more potent for good to the whole nation has seen the light of day in Modern India. Let the whole nation therefore, forgetful of class or sect interests, join in making it a success.”